Seven Junior players from Norfolk all acheived pass marks when taking the e.b.org ‘basic Billiards’ examination.
The results of the exams were thus…..
DISTINCTIONS
Mathew Lyons
James Eyre
Ryan Jackson
Rochelle Woods
Jack Easter
MERIT
Callum Nicholson
Josie Wright
Thanks must go to the 2 EABA Coach’s who administrated the day ….
Colin Lewis
Steve Wright
and to the Maltings Q Club who kindly provided the venue.
K.O CHAMPIONSHIPS
In conjunction with the day two K.Os were held in the under 19s and under 14s age groups.
West Bilneys James Eyre won the u19s event defeating Mathew Lyons (East Dereham), while Rochy Woods (Tittleshall) won the -14s defeating Josie Wright (Thetford).
Well done to both these players on their victories.

Pictures of the Days Events 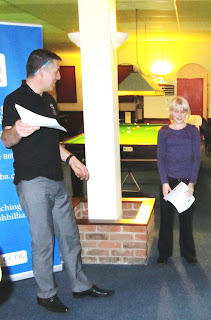 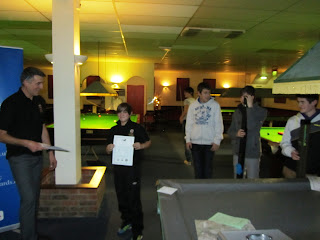 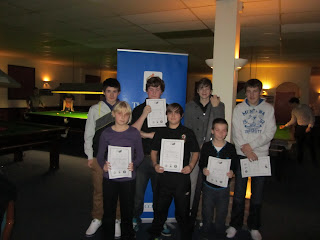 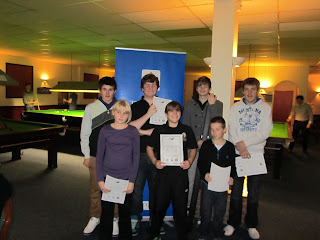 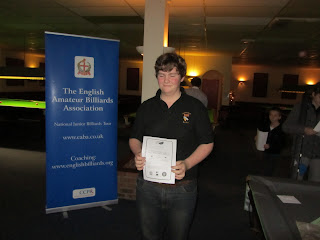 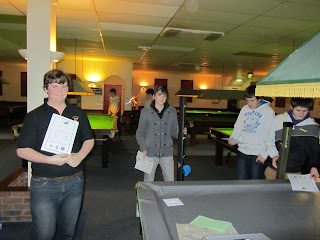 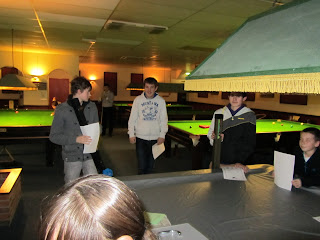 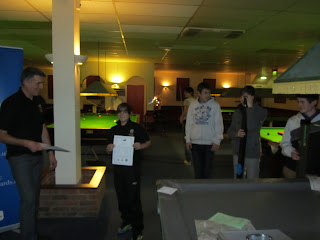 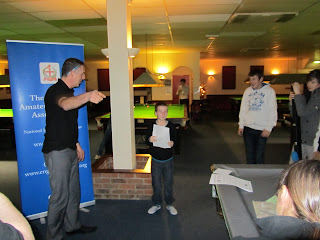 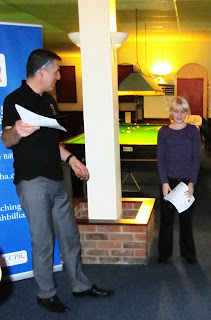